Niki de Saint Phalle: freedom at any price
The exhibition Niki de Saint Phalle: freedom at any price takes us inside the wonderful world of one of the most popular artists of the second half of the 20th century.
An international sculptor, plastic artist and painter, Niki de Saint Phalle (1930-2002) found fame in 1961 with her Tirs (Shooting Paintings) and later with her extravagant female figures, Nanas. Her work is immense, both in terms of size and diversity. She is uncategorisable – joyful, violent and full of life.
This exhibition highlights the creativity of an artist with an exuberant imagination in a visit including 34 sculptures, chiefly her serially produced decorative and functional art. Each of these works can be interpreted on different levels through ornamental or symbolic readings.
We are celebrating an essential artist, whose imagery is still very much alive today in popular culture.

Birth of an artist
Catherine Marie-Agnès Fal de Saint Phalle, better known as Niki de Saint Phalle, was born in France on 29 October 1930 in an upper-middle-class Franco-American family. From her very strict upbringing in the United States, she took away a fierce determination to escape from the straightjackets imposed by her social background, particularly on girls.
In 1952, she settled in France with her husband, Harry Mathews, and moved in Parisian artistic and cultural circles. Niki de Saint Phalle was a self-taught artist, producing works filled with political, cultural and autobiographical references.
In 1961, she created her Tableaux-Tirs (Shooting Paintings). They feature highly colourful reliefs covered in plaster and then blasted by gunshots. These performances delighted Pierre Restany, a famous art critic, who invited her to join in the adventure of Nouveau Réalisme between 1961 and 1963. Niki de Saint Phalle was the only woman in the group. Her work made an impact with its originality and exuberance. The time was ripe for performance and revolt. 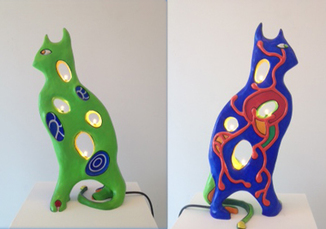 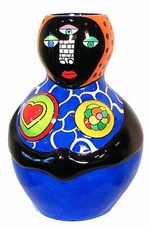 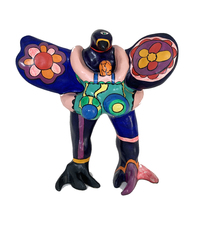 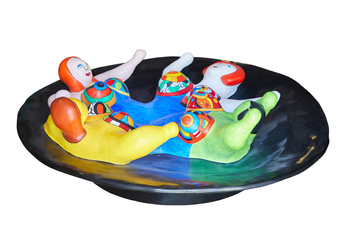 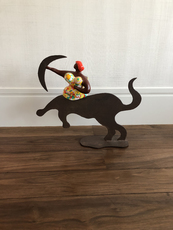 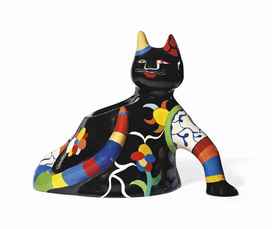 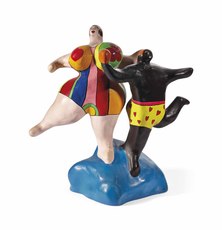